New York Based.Nationally Active.
A grassroots organization established in 2000 dedicated to advancing and protecting the interests of adults who choose to smoke cigarettes or enjoy other forms of tobacco or use electronic cigarettes. 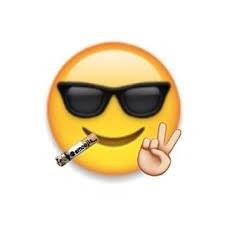 Fed up with the dehumanization by the anti-smoker industry and unwilling to stand social experiments that must first dismantle civil liberty concepts in order to denormalize smoking, C.L.A.S.H. presents the national Smoking is Normal campaign.

For the smoking/tobacco/e-cig bans dont create a new normality. They simply suppress a pre-existing one as evidenced by their use of the word denormalize.

True normality requires no external restraining force to maintain it. Human behaviors that have traditionally been viewed as not a societal norm and against policy do not need signs posted everywhere to remind you of it. That No Smoking signs remain proliferate clearly proves that its smoking that has been and still is the traditional norm. Its the measures employed by anti-smokers that are not. Their own words describing their fear that the use of electronic cigarettes, smokeless tobacco or just the mere sight of any smoking will re-normalize(again, their word) smoking prove this is the case.

The New York City Council recently passed a bill to ban the use of smokeless tobacco in stadiums by players and fans alike. Mayor Bill de Blasio has said he will sign it into law shortly. The justification given for its enactment is to prevent "impressionable youth from observing its use" and especially by "role models."

It is C.L.A.S.H.'s contention that this is a law restricting a form of free speech masquerading as a health law.  If the written or spoken words "I use tobacco" or "smoking is normal" cannot be banned on the ground that it is protected free speech then conduct that is said to express and/or convey these same words must be treated equally and out of law's reach.

A t-shirt -- or a banner -- with the words "Smoking is Normal" would pose, according to them, the exact same problem their censorship on the use of chewing tobacco is intended to prevent.  It "sends the message" that tobacco use is the "norm."

The potential spread of an "unacceptable" idea through observance is the inescapable common denominator between the two.

It also shouldn't be forgotten that both tobacco and smoking itself, is legal.

Finding intolerable this unprecedented suppression, by law, of an idea in order to keep others from possibly thinking of doing the same, CLASH will exercise its first amendment right by flying a banner over Yankee Stadium on opening day, April 4th, 2016, in protest...

Pictures of the event below

Smokeless Tobacco in the Smoke-Free Air Act -- Illogical and Unlawful... 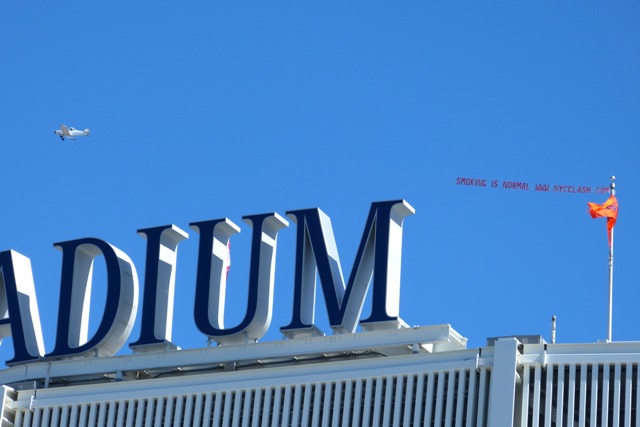 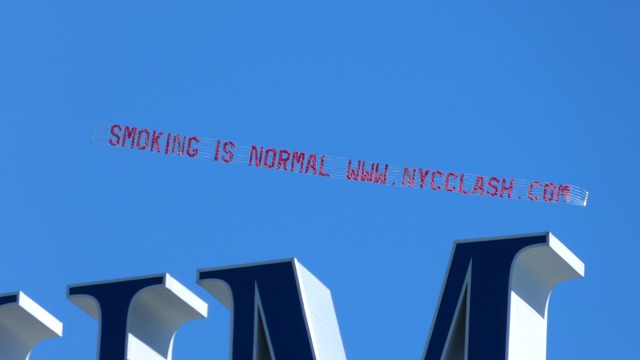 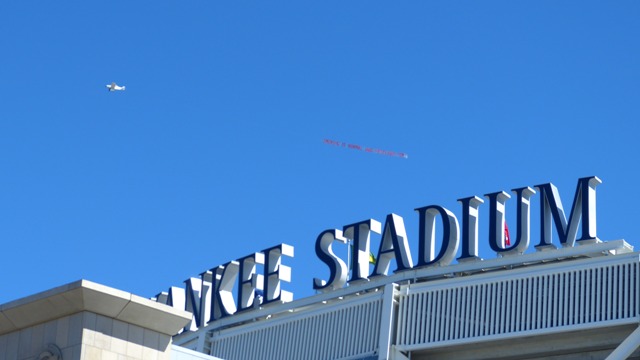